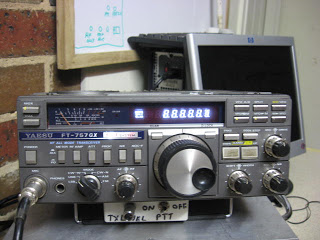 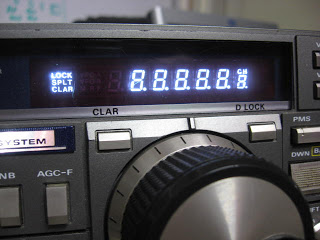 Went into the shack last night for the first time in a couple of days. Turned the FT757GX on and saw a sight I had not seen for a while, and one I didn’t want to see ever again.

On power up most of the parts of the display lit up as bright as can be. None of the buttons on the front panel work and the dial does nothing either.

This is similar to an intermittent condition the radio had when it first arrived here for repair. I knew I hadn’t fixed all the problems, such as the VOX and some external connections, but I really did think I had this problem fixed.

So later this weekend or maybe next week, the cover will be off again and the soldering iron out in force. While I have the cover off I might also adjust the reference oscillator that is causing the transmit and receive to be 100 Hz low in frequency. It’s an easy adjustment, I just need to get to the tuning spot.