A lot has happened in a very short time for my progress on the Keith Roget Memorial National Parks Award. 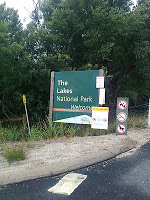 Why so many parks you may ask? I am working now to get the Keith Roget Memorial National Parks Award endorsements on as many different bands as possible as well as work from every park in the state. My multi-band switched inverted vee is the ideal antennas for this.

The Lakes saw me get contacts on 15, 20 and 40 m and about 50 mosquito bites on my legs and arms. If you are ever heading to The Lakes I suggest you apply insect repellent before leaving the car! 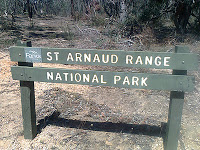 St Arnaud Range had no mozzies and good QSOs on 10, 15, 20 and 40 m. I even managed a contact into the Snowy River National Park thanks to a chance QSO with Graeme, VK3BXG, who was away camping with some of his family.

French Island gave me contacts on 10, 15, 20, 40 and 80 m, including another two QSOs with Graeme in the Snowy River National Park.

A quick one hour in the Dandenong Ranges on Sunday night after French Island saw me catch up with a couple of stations I have worked before. Yoshi, JH2UZR, on 15 m and Dave, VK3LDR on 10 m. I first worked Yoshi in April 2006 while I was away portable at Hoadley Hide. Yoshi was my first QSO on 15 m. I’ve made 41 QSOs on 15 m now. I had worked Dave during the 2009 Westlakes Cup when I was portable at the nearby footy oval.

I am progressing well toward working every park and I have updated my Google map to show my progress.