A day of ‘firsts’ with Glenn and Allen

Yesterday saw a day of firsts;

The day in the snow came about after a couple of weeks of back and forth emails between Glenn VK3YY, Allen VK3HRA and myself. Kevin VK3KBA was also involved but not a player in our group at least.

Diamond chains on the RAV4

I had asked on the SOTAvk3 Yahoo group for hiking companions to activate Talbot Peak VK3/VT-010, and both Glenn and Allen were keen. I was hoping initially for a little bit of snow, similar to my previous activation with Glenn in June 2013. What we got however was a lot of snow. 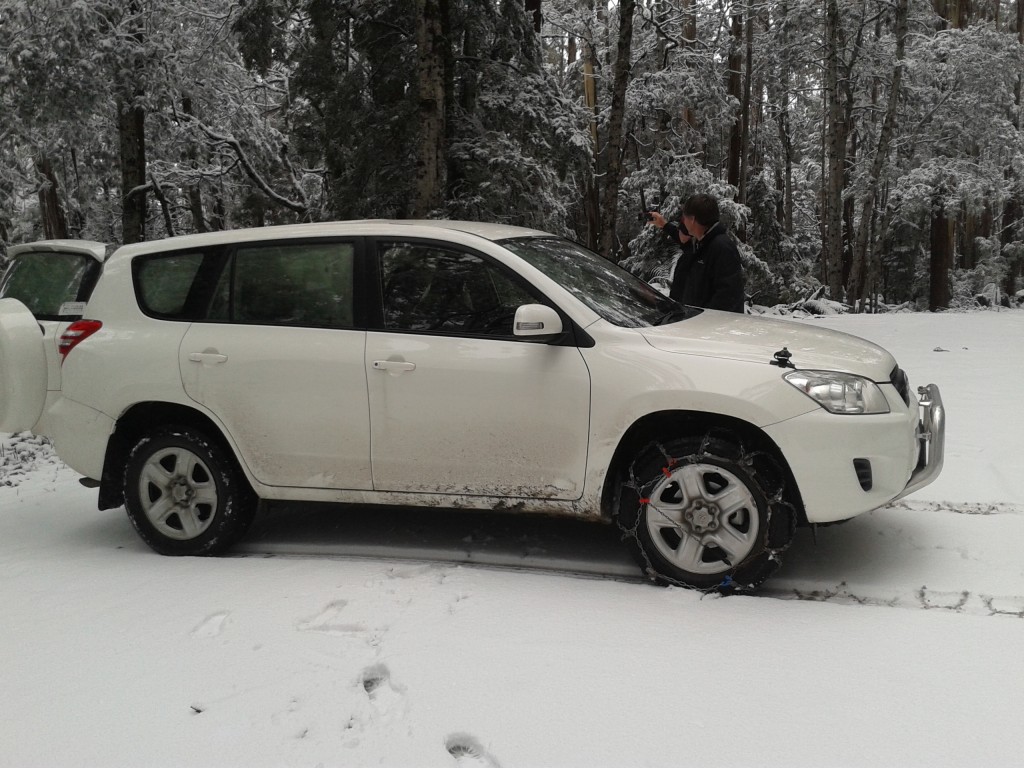 We were prepared however, and had hired snow shoes and chains from Erica Ski Hire and were at the Mt Erica car park around 10:30 am. I had estimated we would be on the summit by 13:00 and back at the car before dusk. What I hadn’t counted on was the slow progress we would make hiking in ‘Yowie’ snow shoes. 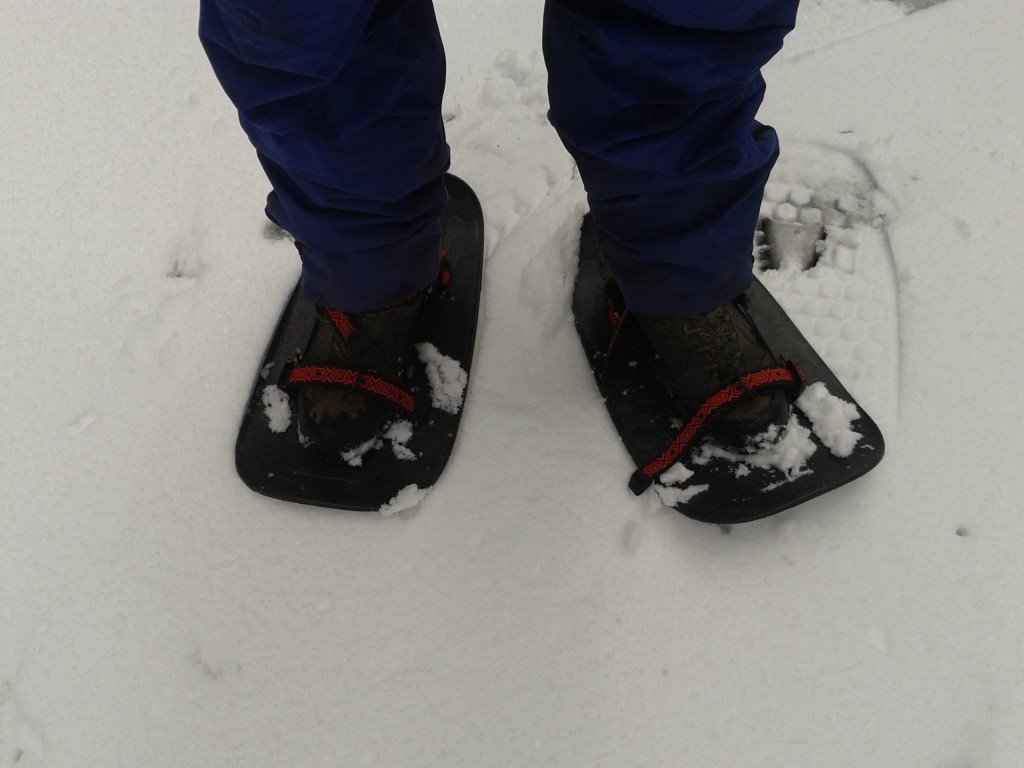 The first landmark on the trip up is Mushroom Rocks, about 2km along the 5 km journey. This first 2km took about 60 minutes with progression slowed as we ducked and weaved under and around the snow laden trees across the path. We sheltered briefly under the large boulders, re-evaluated our plan and set a time when we would have to turn around of 14:00. We figured 14:00 would give us time to get back to the car in daylight. 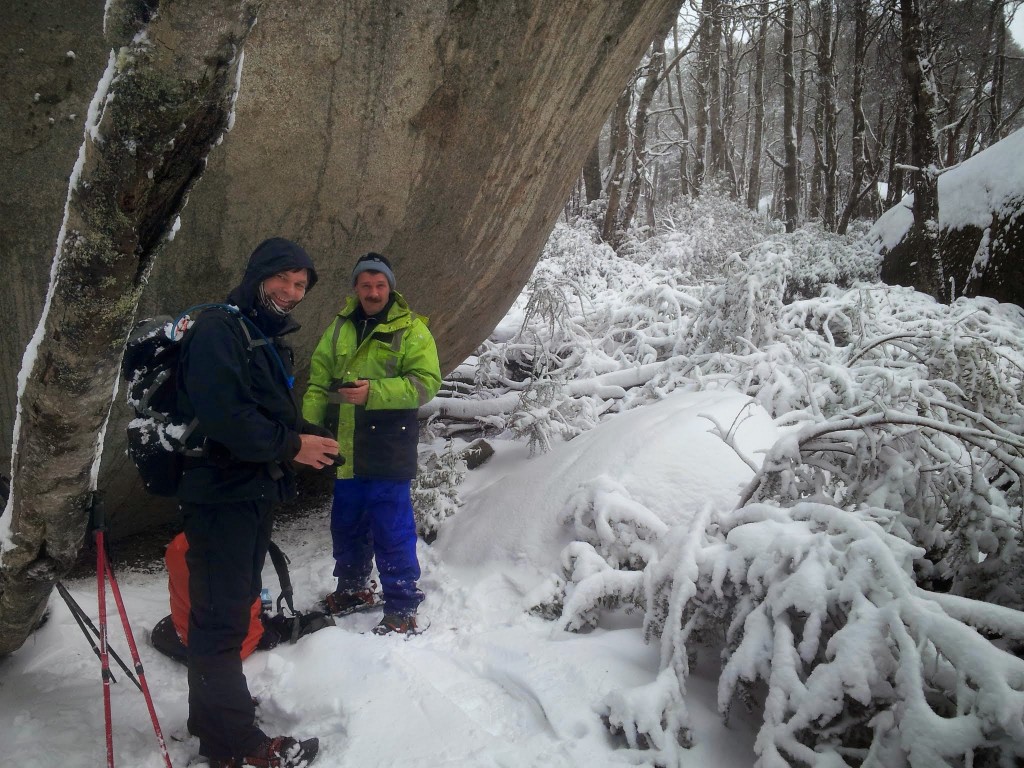 As we hiked on the track gets steeper and the snow got deeper. In places it was over 50 cm deep. With about 800 m to go to Mt Erica, which is about 1 km from Talbot Peak we collectively decided that we didn’t have enough time to make the summit, set up and activate, and get back before dark. The weather had also turned from blue sky to sleet/snow with wind. 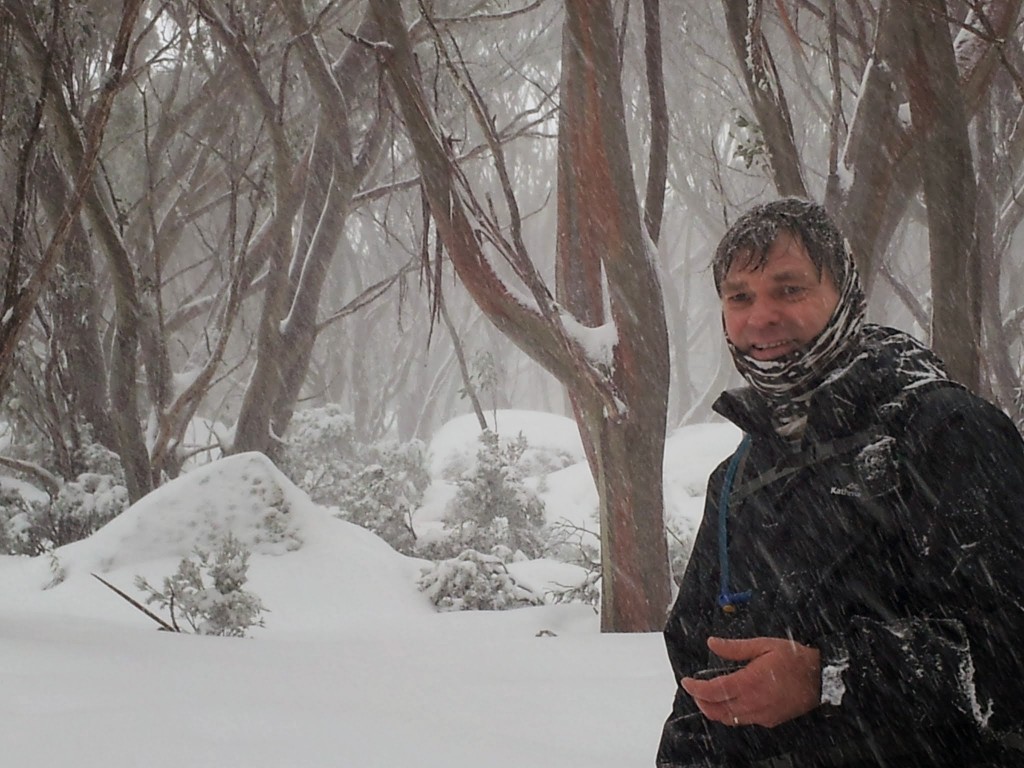 Allen in the falling snow

We turned around and headed back. We passed a father and son who were heading up to camp at Mt Erica and we wished them well.

Kevin, VK3KAB, had made it up and back from Mt St Phillack VK3VT-006 during the day joined us at the Erica Hotel to briefly swap stories before Glenn, Allen and I headed home leaving Talbot Peak for later in the year. 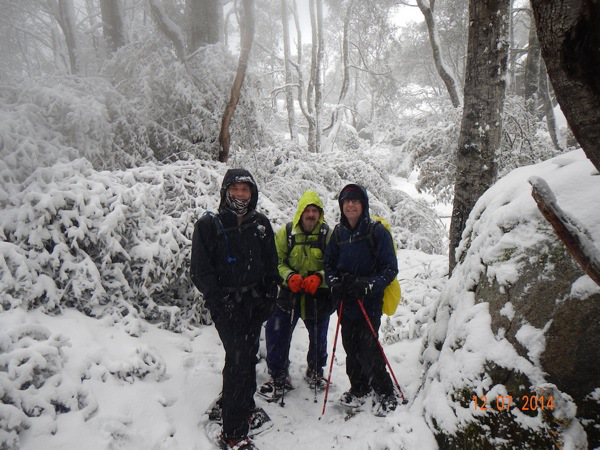 Kevin went out today and, in better weather and with an earlier start time, successfully activated Talbot Peak.

2 Responses to A day of ‘firsts’ with Glenn and Allen