It was with sadness during the week that I heard of the passing of a good friend of mine, Garnet Bowen, VK3MTA.

Garnet was member of the SRESU, the Scout First Aid Service and a Scout Leader at 4th Caulfield Scout Group.

Garnet was also the organiser of one of the longest running JOTA stations in Australia. He organised a station firstly for his scout group, then for Caulfield District, then Glen Eira District and lastly for the Victorian Branch. The location of his JOTA camp moved from Caulfield to the Police Paddocks camp in Dandenong and then to Gilwell Park.

In his twenty-five years running the JOTA camps Garnet introduced many Cubs and Scouts to the wonders of radio and electronics. His JOTA camps got bigger and bigger and had more and more activities each year. This was a testament to the fun that everyone had at these camps and the dedication that Garnet put in to ensure every Scout that attended had a great time.

Garnet loved meeting new people through scouting. The Centenary of scouting saw the creation of the Scouting 100 award which encouraged radio contact with as many scout stations as possible during 2007. Garnet was able to contact well over 200 Scout stations and achieved the Platinum award. He was one of only two Australians to do this. Through this award Garnet made many friendships around the world.

Garnet’s death came after a long period of illness. But, despite his worsening health, Garnet was still there, helping out the SRESU and Scouts for as long as he was able.

I’m going to miss Garnet, as will all who had the pleasure to have met him. 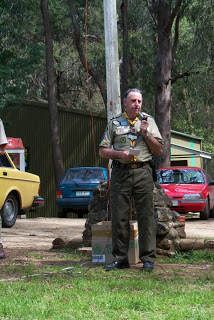 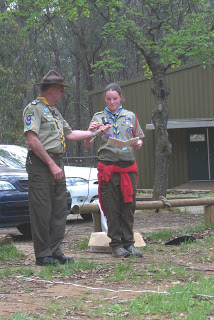 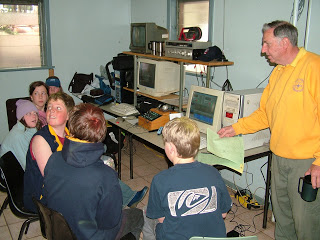 This entry was posted in JOTA, SRESU. Bookmark the permalink.