Today Glenn VK3YY and I made a second attempt on Mt Talbot, VK3/VT-010, after turning back earlier in the year due to poor weather.

Glenn picked me up at 8:00 am and we were at the Mt Erica Car park about 2 hours later. The walk up was easy going, certainly easier than the previous trip. We found patches of snow about 15 minutes in with it getting heavier as we got higher up. The snow at Mt Erica was around 20 cm deep when we stopped for the obligatory photo opportunity. 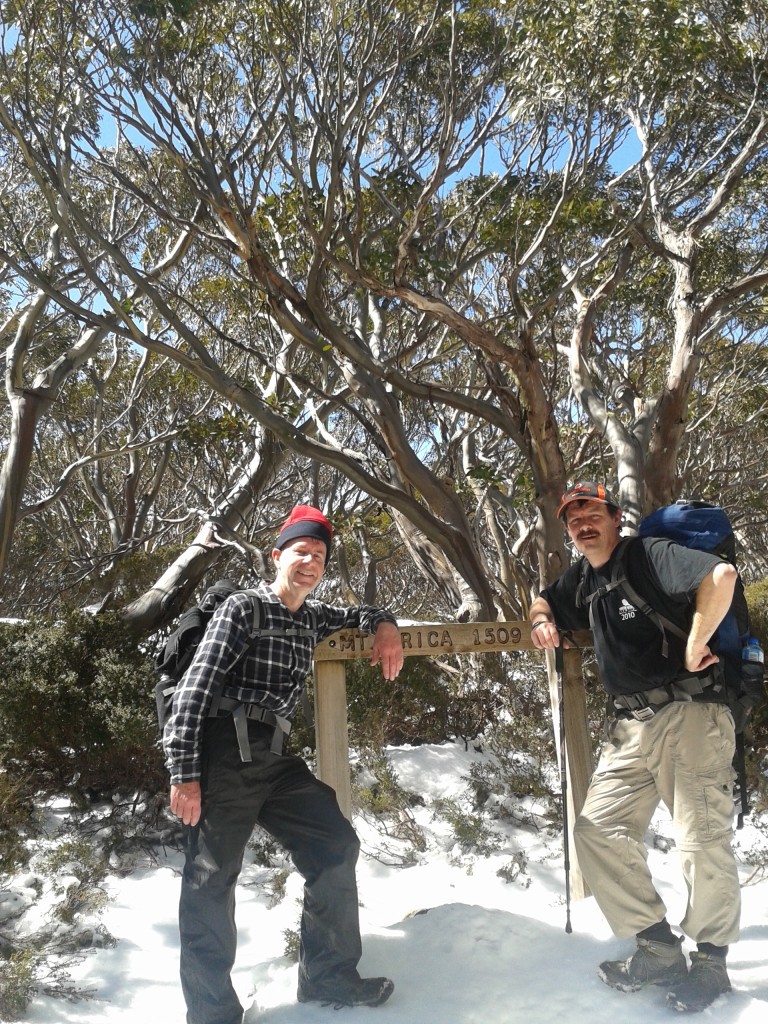 At times the track resembled a creek, in particular between Mt Erica and Talbot Peak. Occasionally I stepped into the water and confirmed that my boots leak and snow melt is cold. Very cold.

Once at Talbot Peak Glenn deployed his new loaded end fed antenna and was quickly on air. I was still getting my antenna in the air and Glenn had already qualified the summit. I called on 12, 15 and 20 m for about 15 minutes without success. I finally made one QSO to New Zealand on 15 m. Using Glenn’s radio I was also able to get a few 40 M contacts in the log, including 2 summit to summit, so the trip was not wasted. 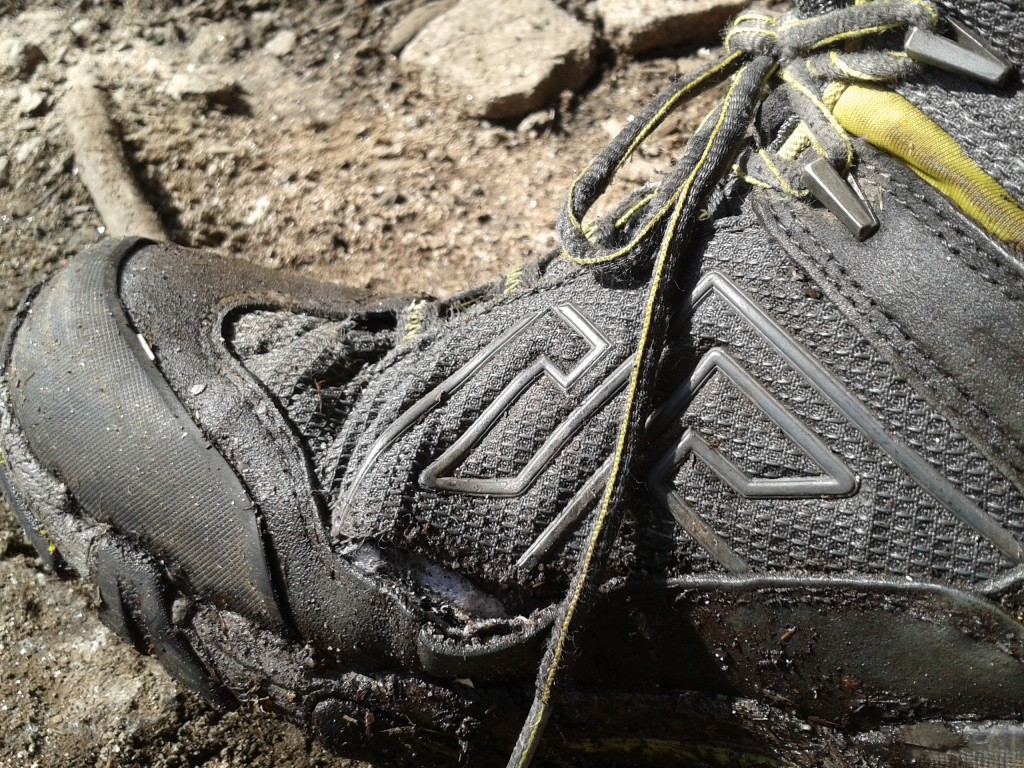 Time for some new boots

After about 30 minutes on the summit, with my wet feet getting cold, we started back to the car park. After about 15 minutes my feet were warm again proving the value of good quality woolen socks. 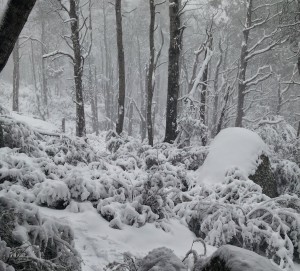 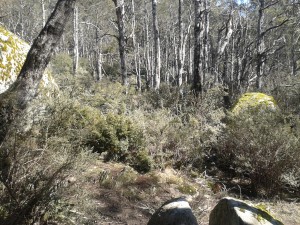 We paused at Mushroom Rocks for some snacks and comparison photos before returning to the car and heading home.

Glenn has also posted a trip report on his blog.