I first activated Briarty Hill in March 2013 and, thanks to rules that allow activator points each calendar year, I was back there in April 2014.

Keen to explore the park, and with plenty of time available, I headed along the management road, almost to the park boundary before turning left and heading up the hill. This route is a couple of kilometres longer then the route suggested here.

The activation was more productive than last time as I had the power lead and worked the hill for over one hour. 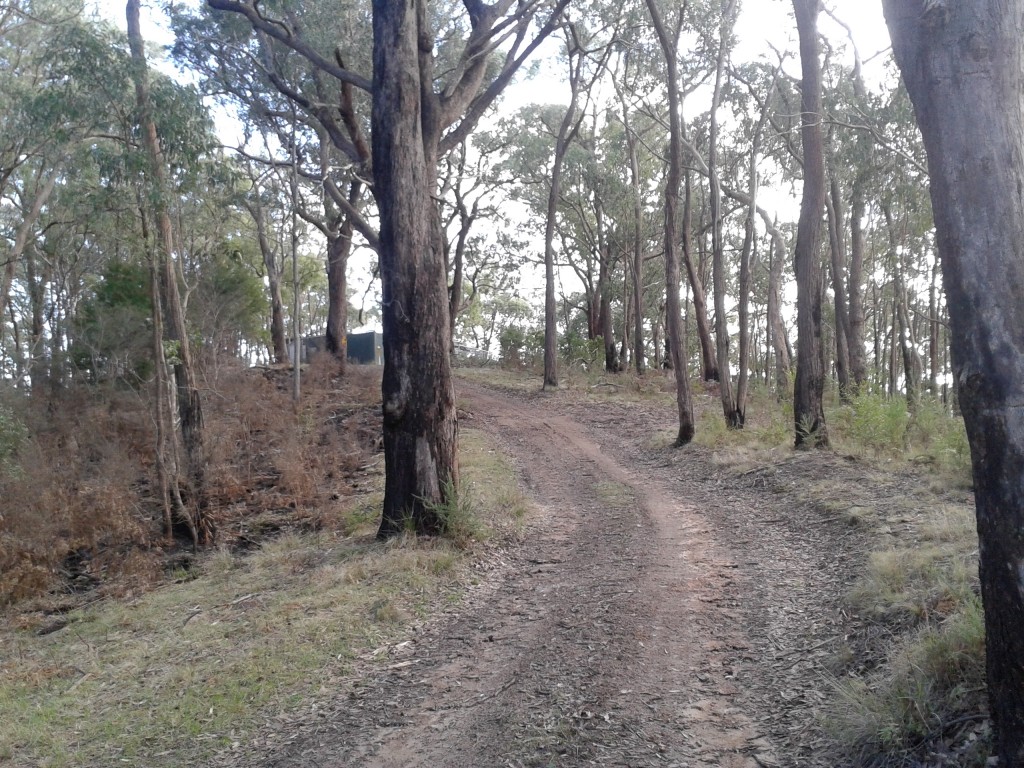 Portable buildings at the top of the hill

On the way down I took a detour along one of the many mountain bike tracks hoping for a shorter route back. This was not the case as the track zigzagged its way down the hill adding a further two kilometres to the trip.

Next time I visit this summit I’ll stick to the shorter route.