It’s been a very busy time before and after the Christmas/New Year period. I started a new job early in mid December and I’ve had little time to activate SOTA summits or National Parks and even less time to blog about it. 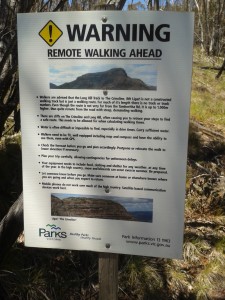 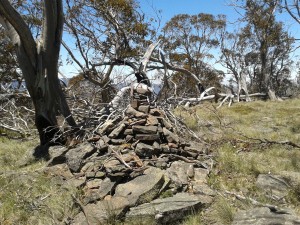 The walk from here to the summit is along the McMillan’s Walking Track and took about 1 hour, rising 140 metres steadily over 2.7 km. My progress was slow as it was a warm day and I was carrying a full pack with radio, antenna and camping gear.

Arriving at the summit cairn I took a couple of photos, logged the nearby geocache and then walked down a little from the summit to find a suitable place to camp. 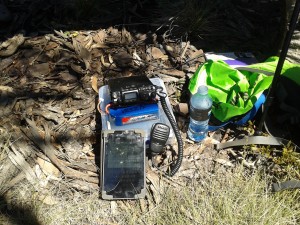 At about 3 pm I took a break to set up my tent. I relocated the antenna a little as I didn’t like the look of a tree leaning over my initial camp spot. I felt much safer camping in the clear. 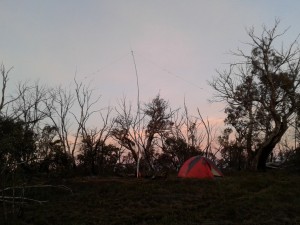 I got back on air about 5 pm working Allen VK3HRA at Mt Buller VK3/VE-008 on 40 and 15 metres. Later in the afternoon on 20 metres I worked stations in Papua New Guinea, Switzerland, Finland and England and a third Summit to Summit QSO with Col VK5HCF at Mt Burr VK5/SE-019.

After dark I managed three QSOs on 80 metres before going to sleep. I was quite tired and thirsty as I had underestimated my water needs.

In the morning after taking some sunrise pictures and before I packed camp, I listened for SSTV on 20 metres and received an image from WB9KMW. My tablet and phone batteries were exhausted soon after and I left the summit about 7:15 am. 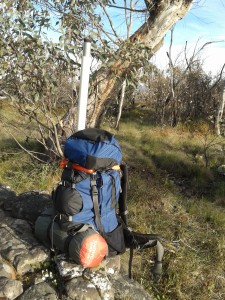 Packed for journey down

Arriving back at the car about 8 am I headed for home. After driving down to Licola for breakfast I decided a change of plan and head for Mt Selma VK3/VT-013 and Mt Useful VK3/VT-016 instead.

I have a blog post about that part of the trip here.

This entry was posted in KRMNPA, SOTA, SSTV. Bookmark the permalink.